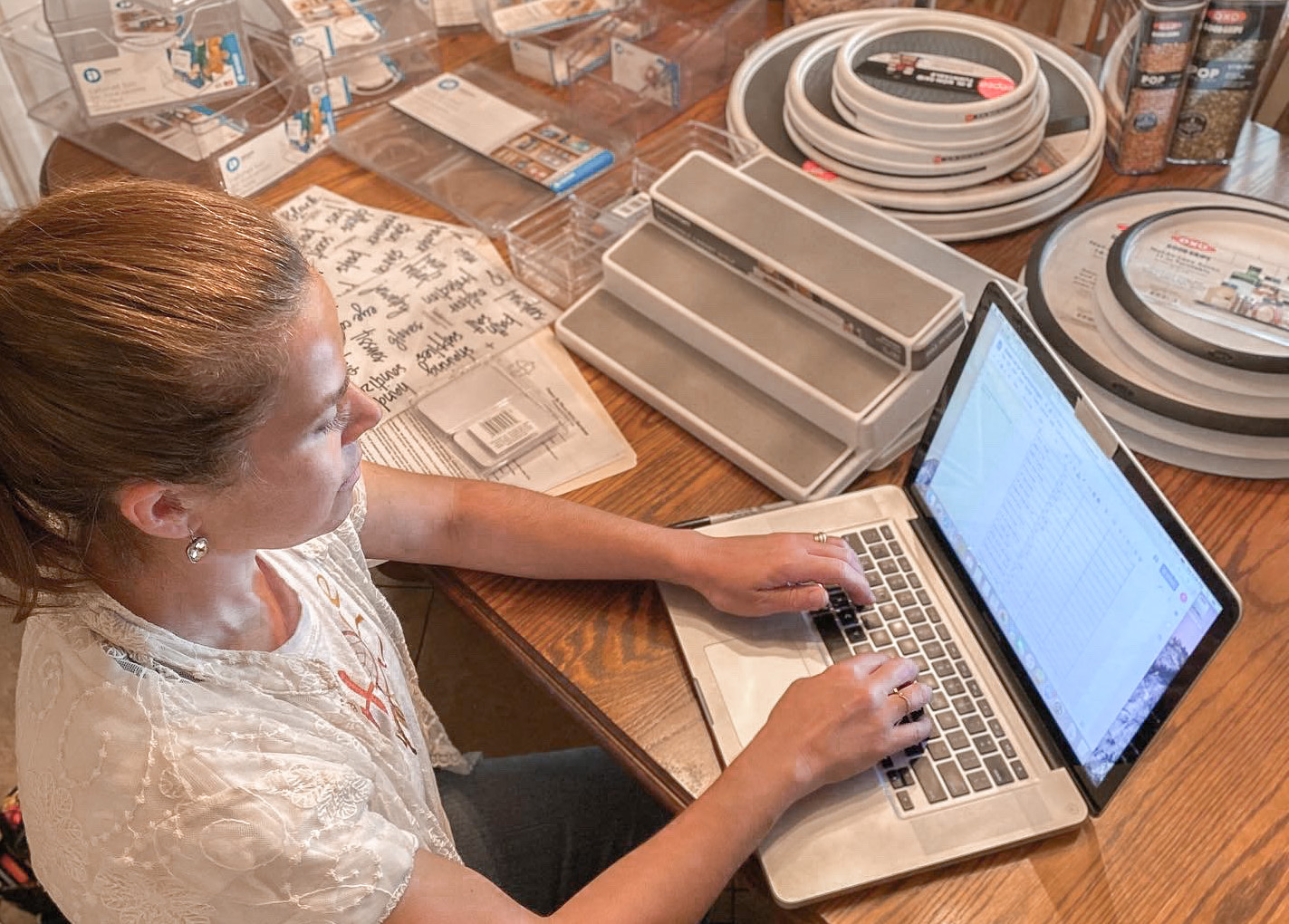 Prepare for a peaceful christmas

As we enter into the month of December, I wanted to encourage you to sit down, breathe and assess your priorities.

It is SO easy to become overextended during this time of year. There are so many activities and events and invitations.

It is okay to decline invites and to say “no” to certain things.

Can there be too much of a good thing? Yup! Your family will cherish the quality-time with you; not necessarily the gifts, the immaculate house, the decorations and the plethora of elaborate goodies. Make the commitment to cultivate relationships, invest in quality-time with loved ones and eliminate anything that doesn’t align with your priorities.

I personally look forward to “Bake Day” with my mom, “Tamalada” with friends, and attending at least one Christmas Concert with my hubby and kiddos. All of these are already booked on my calendar as priorities. How about you? I’d love to hear about things you prioritize in December.

Wishing you much love,

Discovering The Power of Habits

Have you heard of the book “Atomic Habits” by James Clear?

I still want to offer my “two cents” and encouragement.

I believe our daily habits have the power to influence our futures and the lives of those around us. If it is our goal to live abundantly, I feel it is imperative that we make the small incremental changes in our lives with consistency and intentionality to truly achieve that goal.

-Accountability is also a good way to keep on track! Find an organization buddy, maybe someone in your house and share your goals. Or use the habit tracker and other tools from PXP.
-It’s easy to get discouraged and give up quickly when you don’t see progress; take before and afters! Set small milestone goals for yourself that you can periodically check off and watch as your organization slowly overtakes the chaos!
-The fastest way to break a habit is to REPLACE IT! Not to avoid it. Avoidance is burying your head in the sand, when what you need is to recognize your weak spots of disorder and guard against them by reordering the way you do life

I have a treasured neighbor who invites me over for coffee visits.

She has a way of making people feel valued, loved and cared for.

She always makes me feel this way by the way she smiles and says, “Tell me things.”

This is her way of letting me know that she genuinely cares about what is going on in my life and she has the time to really listen.

Do you have someone like this in your life? Are you this someone in your community? 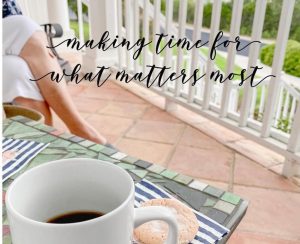 The mission was To serve a large family with a whole-home “purge and pack, unpack and organize” project.

The trouble was (Our first obstacle): the severe weather phenomenon was NOT part of the plan!

It put a wrench in the project timeline-a big wrench.

Another unforeseen problem; due to unforeseen circumstances, one of my organizers was unavailable.

I had to quickly adapt to accomplish this seemingly overwhelming task.

I  called upon every soul within my sphere of influence that I knew of that possessed a strong work ethic and organizing skills!

The team was assembled, the plan was modified and we began the purge and pack process with our client.

Our second obstacle: The movers were late. Very late. Which again adversely affected the timeline of the project.

On unpack jobs, the kitchen bathrooms and closets are always first. I wanted these specific boxes to be relocated to the new house ASAP to be unpacked and organized.

My team two of the client’s family members became a mighty force. An assembly line was formed, boxes were loaded in personal vehicles and transported. Another assembly line was created at the new house and those 123 boxes were unloaded in 20 minutes. My team of organizers divided into two groups to begin the process of unpacking and organizing the most critical areas.

By the time the movers arrived with the furniture, Our zones were almost completely unpacked, boxes broken down and loaded up.

Were the movers actually movers  or recently released convicts? They were rough, brash and nothing to guffaw about!!

My expectations of what a moving company does and should do and the reality I experienced was as bizarre as the south Texas weather we recently lived through earlier that week!!

In a perfect world, what happens is that the movers will place the boxes in the room that corresponds to the label on the box.  They place the boxes where they belong so we can take it from there and unpack it and break down the boxes. Easy.

In this case however, the convicts (I mean movers) mixed them up and then threw them into the house! They ended up wherever they landed. When they disassembled furniture they lost the hardware at the old house so none of the Furniture was reasonable at the new house. Again, like the crazy freezing weather this was feeling similar to a twilight zone experience!

I asked my strong son and his friends to move the boxes where they should’ve been placed and to assemble all the furniture.

The following day the original plan to unpack and organize the new house ensued.

In conclusion, the client was given the gift of peace.

At the end of the day,  it was communication and collaboration that resulted in a successful mission accomplished!

Teach the kids by getting them involved in the process

Tidying up your home to set yourself up for a great week can be so helpful. Your future self will thank you for being so disciplined!
One thing I personally do is delegate regular tidy jobs to my kids. Dishes, laundry and surfaces are daily jobs I need help with. I want to instill a strong work ethic in my kids so I get them involved (inside AND outside the home). Shown here, my youngest and his cousins are assisting with lawn cleanup and beautification!
“Work before pleasure.” That’s what my dad taught me and I’m passing that wisdom along.

Exercise hospitality. Have people over!

Are you familiar with the feeling of being overwhelmed and scrambling right before a guest comes over? Trying to make sure your house looks “just right”. Haven’t we all been in this situation at some point? Hosting people in your home can become daunting when you’re all of a sudden faced with the house tasks you’ve been putting off. However, living an organized lifestyle gives you the freedom to regularly exercise hospitality without all of the worrying and moments of panic before your guests knock on the door.
Your home should be a sanctuary for your family. Being able to relax and just enjoy being present is the goal. With an organized home, relaxing has never been so easy! 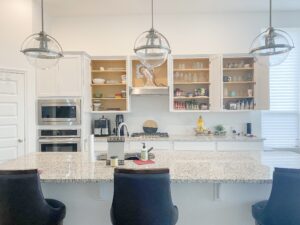 Elevate your mood by improving your surroundings.

It’s the perfect time to freshen up your space. Reclaim those cluttered areas of your home and…get organized!! Ready for a paradigm shift, a mood-booster, a fresh-start? Tidying up may be just the ticket!
Our surroundings affect our outlook. Caring for ourselves includes caring for our home environment.
We love working the “puzzle” of organizing for YOU! It’s our joy to serve our community; we meet the BEST people! It makes us happy to bring peace.
Home organizing is an investment in our well-being. We have an exceptional team of professionals ready to help tackle your biggest home organizing project.
We transform lives by organizing spaces.
Your home should be a sanctuary for your family. Being able to relax and just enjoy being present is the goal. With an organized home, relaxing has never been so easy! 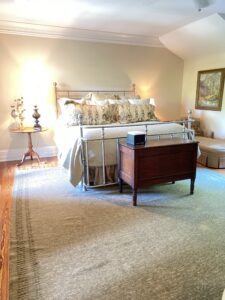